We recently installed an AV system at the Trafford Housing Trust in Salford, Greater Manchester. They wanted a way to host and present in their Bistro area which wouldn’t affect the functionality of the existing space.

Importantly the presentations had to be viewable from all areas of the room so we began with a Sapphire 2.4 metre retractable projection screen at the front of the room with the projector midway across the room for a 16:10 throw, which also retracts discreetly into the ceiling. 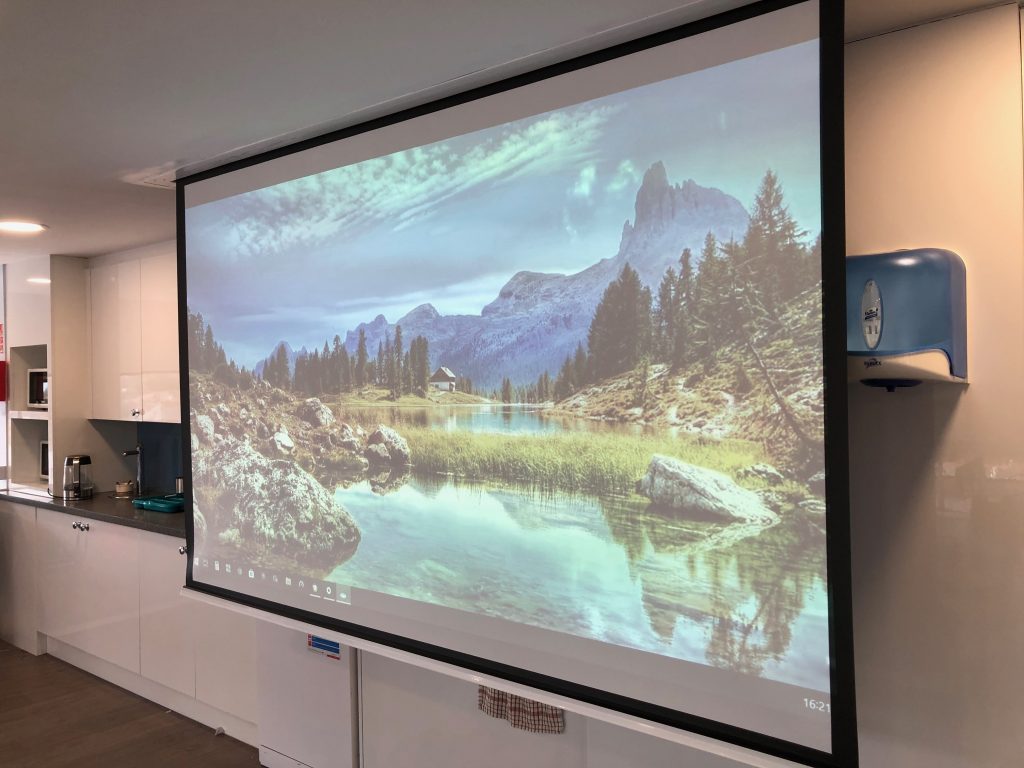 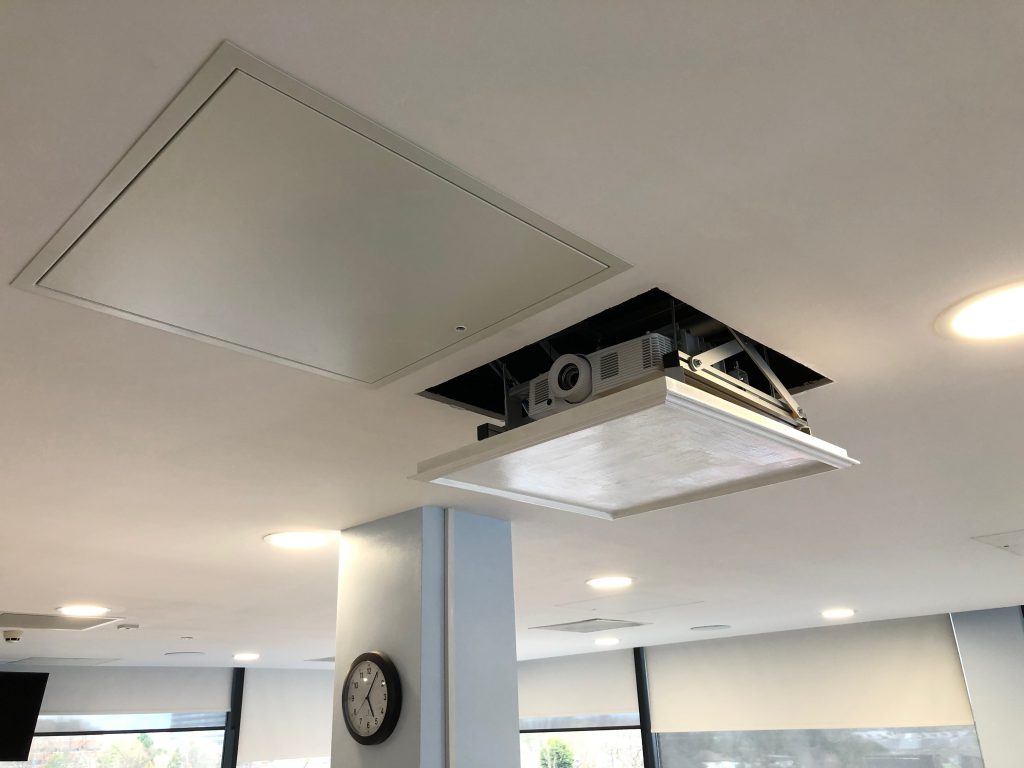 To complement the main display we also installed two 49 inch 4k HDR Panasonic LED screens on either side of the room providing extended viewing for any participants towards the rear of the room. 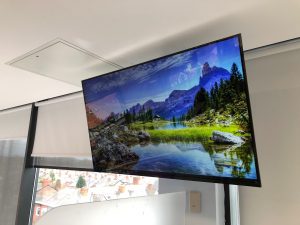 For flexibility we installed two hdmi input points to allow the presentations to run from the front or mid point of the room. These input points ran through an HDMI matrix to split the signal to the main projection screen and the two left and right 4k screens. 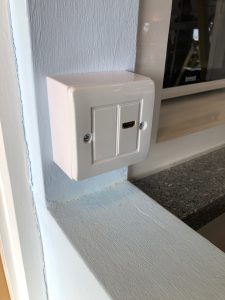 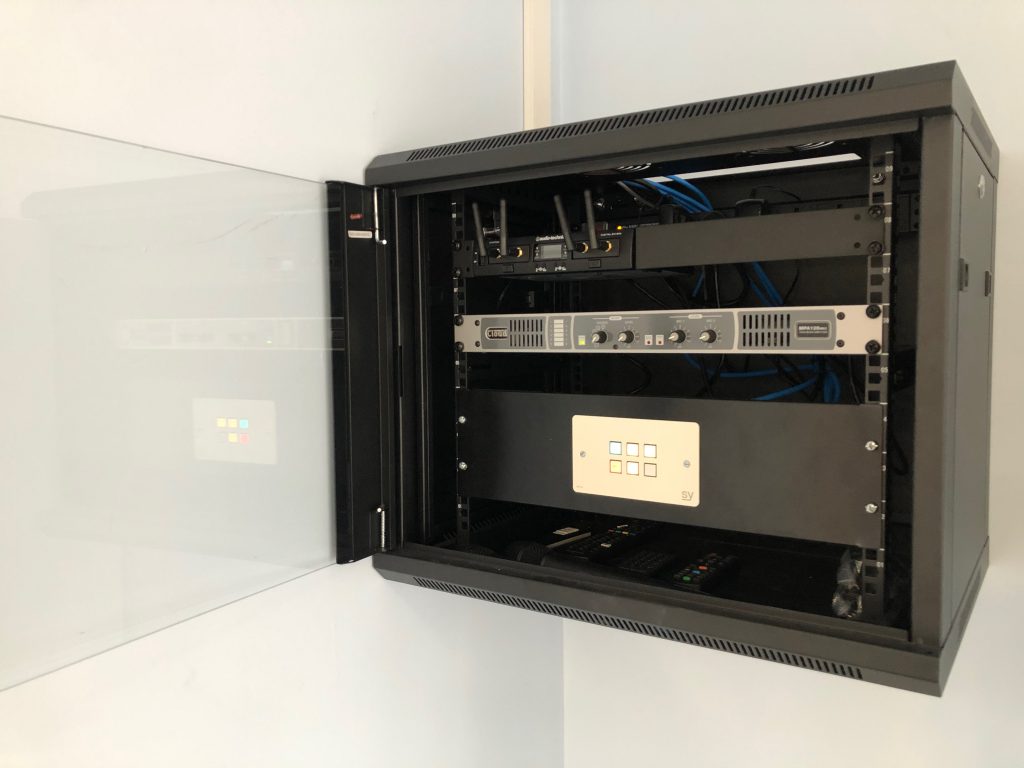 For operation of the system we build a dedicated rack housing the mic receivers, amplifier and simple button control panel programmed to switch on the room system, lower and raise the projector and projection screen and switch to the desired signal input channel.